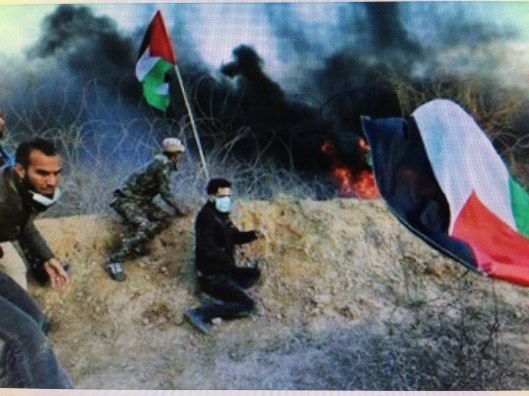 There are two wars being waged against Israel by Hamas. The first is military and the second is one of public relations. Israel, as the far more powerful army, will always win the first, but Hamas is winning the second.

Headlines around the world called Israel’s action to prevent a massive breach of the fence through which thousands of hostile Palestinians would pour into Israel intent on killing Israelis in southern Israel a “slaughter” and a “massacre” of innocent and unarmed Palestinian civilians. Many Palestinians were indeed unarmed, paid and forced by Hamas to charge the fence. However, Hamas was the primary perpetrator of the violence. Had Israel “slaughtered” or “massacred” Palestinians, far more would have been killed on Monday, the day the American Embassy opened, than the 60 who died. Hamas itself said that nearly 50 of those were Hamas fighters.

Dr. Irwin J. Mansdorph, a fellow of the Jerusalem Center for Public Affairs who conducts research into the psychological aspects of the Israel-Arab dynamic, published a piece this week worth reading – “Psychological Asymmetry: Understanding the Gaza ‘Return Demonstrations.” see http://jcpa.org/article/psychological-asymmetry-understanding-the-gaza-return-demonstrations/

Dr. Mandsorph’s perceptions of the intersectional argument is worth reading. I recommend that you read the entire piece.